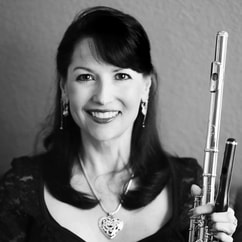 ​Cindy Anne Broz was born and raised in Salt Lake City and began studying flute at the age of nine. Her primary teachers included members of the Utah Symphony (Erich Graf, Michael Vance, and Jane Wadsworth). Ms. Broz earned a B.A. in Flute Performance from the University of Utah. She also studied privately with Julius Baker, Claude Monteux, and Murray Panitz. While living in Utah, she performed with the Utah Opera, the Salt Lake City Chamber Orchestra, the Ballet West Orchestra, as well as the Mormon Tabernacle Choir.

After moving to California in 1982, Ms. Broz established a career as a free-lance musician performing as a soloist, in chamber ensembles, and orchestras throughout Southern California. An active theater musician, she has played at San Diego’s leading venues including The Old Globe Theater (where she performed in the world premiere of Stephen Sondheim’s Into the Woods), the La Jolla Playhouse, and the San Diego Civic Center. She served as principal flutist with the California Consort Chamber Orchestra, and has performed with the San Diego Symphony, San Diego Chamber Orchestra, Classics4Kids Philharmonic, and the Pacific Lyric Opera Company. Cindy is the founding member of The WindSong Consort (mixed winds/wind quintet) and Flûtes de Salon (professional flute ensemble). 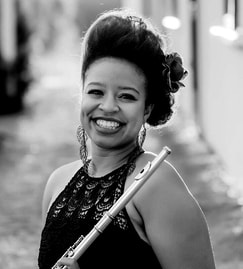 Valerie McElroy (BM, DePaul Univ.) is a flutist, educator, music arranger, and multi-instrumentalist who has traversed the world of music in her teaching and performance. She is the founder and director of VM Studio, a private music studio, and is a regular performer with San Diego-based professional flute ensembles Connessa and Flûtes de Salon.

As a sought-after flute clinician and collaborator, Ms. McElroy serves as the Flute Ensemble Director at Villa Musica, is a member of the Music Teachers' Association of California (MTAC), and formerly served as Treasurer on the Board of Directors of the San Diego Flute Guild. She currently serves on the Competition Committee of the Flute Society of Greater Philadelphia (FGSP).

A Chicago native, Ms. McElroy studied at DePaul University with Mary Stolper, Hideko Amano, and Jennifer Clippert and has since worked with hundreds of music students in her educational career. Her pedagogy is centered around the development of the whole musician. 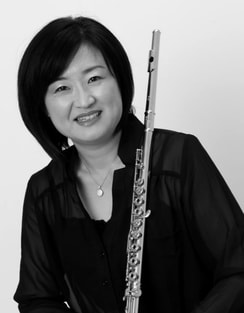 Sunah is a member of the Music Teachers Association of California (MTAC), the San Diego Flute Guild, and has volunteered her services as a Director of Music for AMASE (Academy of Music and Art for Special Education) for 10 years. Through the outreach program Hear to Heart, she visits nursing homes in the Poway area to share music.

Ms. Jong teaches flute privately at her own studio and frequently performs throughout the San Diego area.

Though Southern California based, Flûtes de Salon performs and presents with guest flutists in festivals, concerts, and recitals throughout the United States and abroad.